We are committed to providing a welcoming and safe environment for our attendees and sponsors.
As part of our safety protocols, mask and proof of vaccination (hard copy or digital copy) are required at this event.
Please take a few minutes to review our Safety Protocols and FAQs.
The CTO Clinic is free to all attendees due to the generous support of our sponsors! We look forward to seeing you at the Clinic!

Bringing together leaders from around the state and the region to discuss pressing topics in education technology. 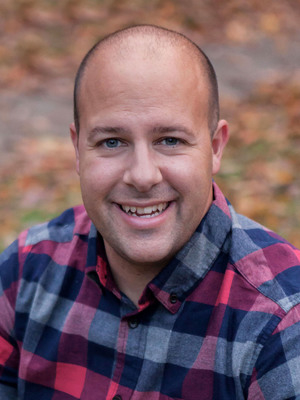 A.J. Juliani serves as Faculty for the University of Pennsylvania Graduate School of Education (PLN) and former Director of Learning and Innovation for Centennial School District. As an English teacher, football coach, and K-12 Technology Staff Developer, A.J. has worked towards innovative learning experiences for schools in various roles. A.J. is also an award-winning blogger, speaker, and author of multiple books, including the best-sellers Empower and Launch.

A.J. Juliani brings a high-energy, fun, and engaging style of presentation through keynotes, full-day workshops, and online professional development offerings. His mix of personal stories from the classroom, real-world examples, and research-based insights lead to a learning opportunity for everyone in attendance. A.J. has worked at all levels of the K-12 spectrum and has the lens of a parent (of four crazy kids) as well. He will encourage educators to not only be intentional about innovation, but also focus on how our practice needs to always be centered on the student experience. 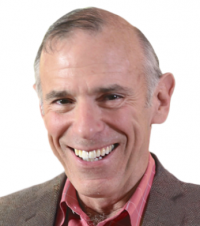 Keynote Speaker
A globally recognized voice in education, Tony Wagner is currently a Senior Research Fellow at the Learning Policy Institute, founded by Linda Darling-Hammond in 2015. Prior to this appointment, Tony held a variety of positions at Harvard University for more than twenty years, including four years as an Expert in Residence at the Harvard Innovation Lab and the founder and co-director, for more than a decade, of the Change Leadership Group at the Harvard Graduate School of Education. His previous work experience includes twelve years as a high school teacher, K-8 principal, university professor in teacher education, and founding executive director of Educators for Social Responsibility.

Tony is a frequent speaker at national and international conferences and a widely published author. His work includes numerous articles and six books such as Most Likely To Succeed: Preparing Our Kids for The Innovation Era, co-authored by Ted Dintersmith; Creating Innovators: The Making of Young People Who Will Change The World; and The Global Achievement Gap.

Tony served as the Strategic Education Advisor for a major new education documentary, “Most Likely to Succeed,” which had its world premiere at the 2015 Sundance Film Festival. He also collaborated with noted filmmaker Robert Compton to create a 60 minute documentary, “The Finland Phenomenon: Inside The World’s Most Surprising School System” in 2010. 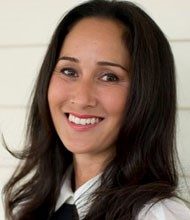 Cynthia Breazeal is an associate professor of media arts and sciences at MIT, where she founded and directs the Personal Robots group at the Media Lab. She is also founder and Chief Scientist of Jibo, Inc.

Breazeal is a pioneer of social robotics and human robot interaction. Her recent work investigates the impact of social robots on helping people of all ages to achieve personal goals that contribute to quality of life in domains such as education, health, wellbeing, and emotive connection and engagement despite distance.

Her work balances technical innovation and design with understanding the human psychology of engaging with social robots to maximize beneficial outcomes. Her 2002 book Designing Sociable Robots is about Kismet, an expressive humanoid robot. She has published over 150 peer-reviewed articles, and is an award-winning innovator, designer, and entrepreneur.

Jeff Mao’s influence extends far beyond any one state, though he’s made pivotal contributions to educational technology and digital learning in Maine, Nevada and Utah, to name a few. Mao, the senior director for education at nonprofit Common Sense Education, has most recently dedicated his time to the Future Ready Schools initiative, which works with K-12 school leaders to develop and implement personalized digital learning plans that will benefit all students.

Allen Downey is a Professor of Computer Science at Olin College in Needham MA, and the author of Think Python, Think Bayes, Think Stats and several other books related to computer science and data science. Previously he taught at Wellesley College and Colby College, and in 2009 he was a Visiting Scientist at Google, Inc. He has a Ph.D. from U.C. Berkeley and B.S. and M.S. degrees from MIT. He writes a blog about Bayesian statistics and related topics called Probably Overthinking It.  Several of his books are published by O’Reilly Media and all are available under free licenses from Green Tea Press.

Justin Reich is an educational researcher interested in the future of learning in a networked world. He is an Assistant Professor in the Comparative Media Studies/Writing department at the Massachusetts Institute of Technology, an instructor in the Scheller Teacher Education Program, a faculty associate of the Berkman Klein Center for Internet and Society, and the director of the MIT Teaching Systems Lab. The Teaching Systems Lab investigates the complex, technology-rich classrooms of the future and the systems that we need to help educators thrive in those settings. He is the co-founder of EdTechTeacher, a professional learning consultancy devoted to helping teachers leverage technology to create student-centered, inquiry-based learning environments.